For as long as dune buggies have been bounding over sand, rocks, beaches and highways, EMPI has been there to make these amazing machines more powerful, more stylish and unique. From mild to wild and everyway in between, millions of EMPI parts and accessories have brought tens of thousands of buggies to life around the world.

Many thanks to Meyers Manx in Costa Mesa, CA; they supplied a shortened Beetle pan and Brilliant Golden Orange Metalflake fiberglass body with official Meyers Manx ID plate as well as the windshield, roll hoop, front bumper, fuel filler and wiring harness. EMPI Lead Technician and VW enthusiast Victor Gonzalez led the project build and installed the suspension, braking, steering, interior and electrical systems as well as the drivetrain and supporting components to complete our buggy.

EMPI Authorized Distributor D&J Automotive of Fountain Valley, CA; led by the father and son team of Damian and Nathan Willoughby, constructed the 2180cc stroker motor with a brand new EMPI case and rotating assembly, EMPI Stage 1 heads, 44HPMX dual carb kit and much more. The motor they built is responsive and torquey, perfect for running the dunes or fun around town.

Rancho Transaxle of Fullerton, CA is an EMPI Authorized Distributor and their lead technician Lino Iniguez built an awesome 4 speed starting with an all-new aluminum EMPI transaxle case. Then he added JayCee side covers, EMPI 930 drive flanges and stub axles for a transaxle that can handle all the power coming from our motor while delivering slick, positive gear changes.

Underneath, EMPI parts comprise the suspension from front to rear with an all-new stock width beam, forged trailing arms and spindles, spring plates, shocks, bearings and bushings. To ensure substantial stopping performance, Wilwood front and rear disc brake kits are connected to the EMPI master cylinder, hardlines and pedal cluster. We finished with EMPI 15” Sprintstar wheels and Dave “Pip” Pipoly of Compoundbuilt handcrafted 8” wide versions of the rear wheels to give our buggy that classic wide footprint.

A dune buggy isn’t complete without signature round chrome headlights and VW taillights; we added Porsche “beehive” indicators up front and carried the Porsche theme to the instrument panel with 356 Speedster style gauges from VDO.

While we were building the Manx with a SEMA debut in mind; the EMPI Engineering Team brainstormed unique features to set our buggy apart from the rest. Besides the hardwood “fun locker” with aluminum aircraft tracks and cargo net for safe gear storage, they devised body integrated sand ladder mounts to maximize interior storage space and 3D printed a gauge pod for a vintage military air level instrument to monitor tire pressures while deploying the on-board compressor from Innovative AT Products to air up/down our tires after hitting the dunes. The most unique feature our Engineers created is a real ground breaker! The Dansk 356 Speedster driver and passenger seats covered in OE Westfalia plaid fabric by Octavio’s Kustom1 in Orange, CA are removable and convert into camp chairs. The seat bases and latching system were designed in SolidWorks by the EMPI team and fabricated and assembled in Anaheim, CA

Many thanks to all of our partners and their efforts in helping us build an awesome Meyers Manx dune buggy!

On-Board Air System by Innovative AT Products in Fullerton, CA

Photography and Video by Ray Herrera and Eduardo "Icy" Sanchez 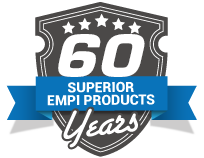 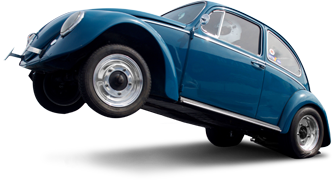